Every Lung Cancer Patient Should Ask About Biomarkers 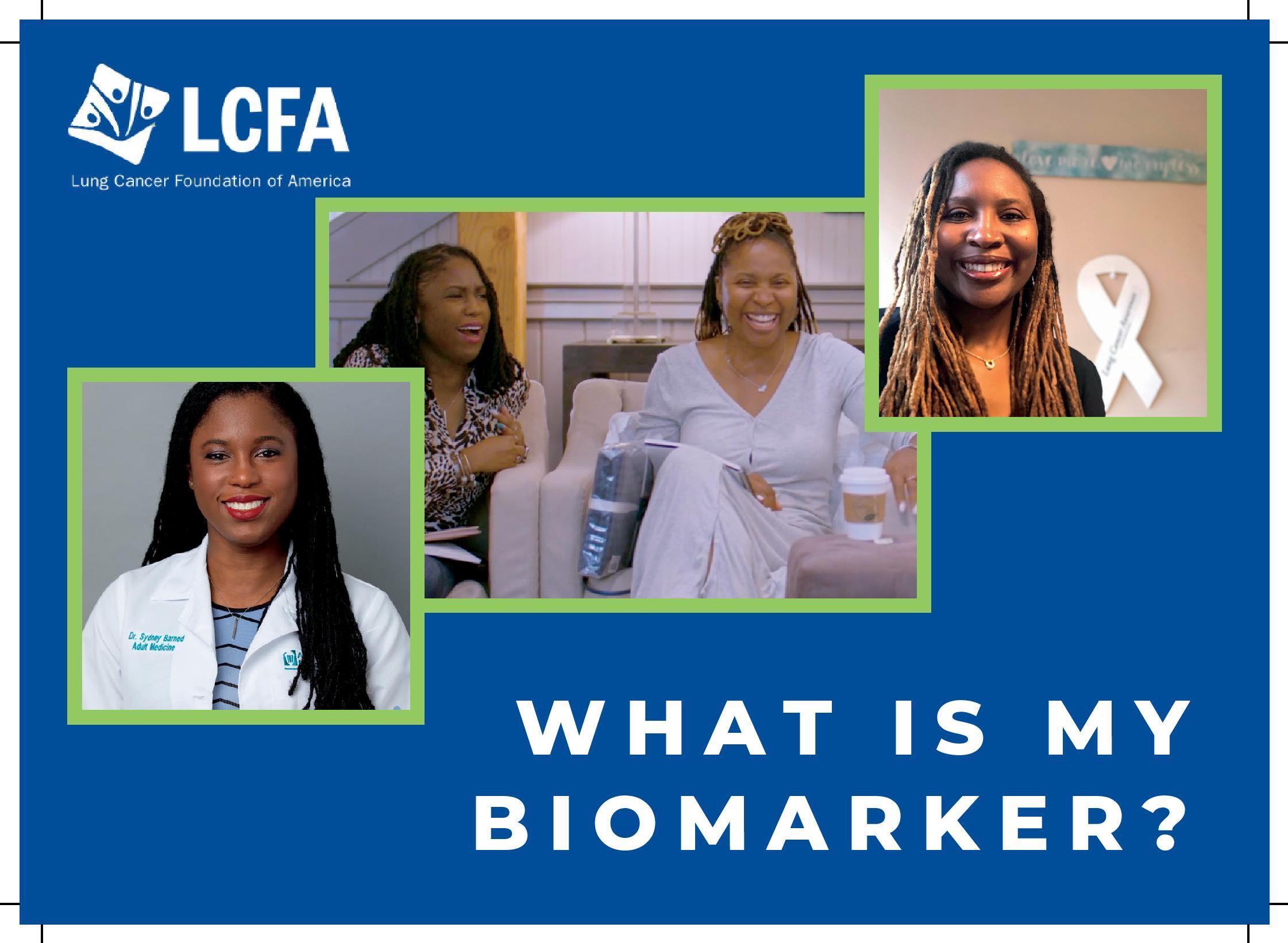 - Despite advances in diagnosis and treatment, lung cancer remains a leading cause of death for Black men and women. In the United States, estimates suggest that more than 73,000 Black individuals will die from lung cancer in the next year alone.

While there are many new treatments for lung cancer, disparities persist across racial and ethnic lines. Given these disparities, Black Americans in particular should learn what questions to ask their doctors to optimize their care.  Specifically, they should ask, what is my biomarker?

All lung cancer patients should ask their doctors about biomarkers, a new frontier in targeted therapy that may reduce or eliminate the need for chemotherapy and improve outcomes.

Each cancer tumor is unique, and some have specific traits called “biomarkers.” If you identify your cancer biomarker, there may be treatments that target that specific biomarker, according to Dr. Sydney Barned, a doctor and lung cancer patient.

“In many cases, these treatments mean taking pills instead of chemotherapy and radiation. Asking for biomarker testing is extremely important, not only in treating your cancer but also in improving your quality of life,” she says.

“The doctors originally thought I had pneumonia, but I didn’t get better,” says Brandi Bryant, a mother of four and a lung cancer patient.

“When more treatments didn’t work, I had a biopsy, and they diagnosed me with stage 4 lung cancer. I was prescribed radiation, chemo and immunotherapy (where your body attacks the cancer cells), but the doctors finally put me on targeted therapy where I take eight pills per day. Today, four years later, I show no evidence of cancer. It doesn’t mean the cancer is cured, but it means that it is not growing in my body,” she says.

“Many people, especially patients of color, are diagnosed and treated by doctors who are not lung cancer specialists. So, it is important for you to ask whether your cancer has been tested for its biomarker before you start treatment,” Brandi adds. “Knowing my biomarker made the difference in my treatment and how much I can do with my kids,” she emphasizes.

Many breakthroughs, such as targeted therapy for biomarkers, come from research supported by the Lung Cancer Foundation of America (LCFA). “If you have lung cancer, ask your doctor to identify your biomarker,” Dr. Barned says. “Where there is knowledge, there is hope,” she adds.

For more information, visit LCFamerica.org or text LCFA to 41444.

Mother of 5 offers tips to help kids have more fun outdoors this fall, even during allergy season

How AP scores in 2021 compared to pre-pandemic scores

Hurricane Ian makes landfall in southwest Florida
Gov. Ron DeSantis said Wednesday afternoon that more than 1.1 million electric customers had lost power because of Hurricane Ian — and the number is expected to grow. “This was a big …

Oyster City headed to the Big Easy
The Oyster City Brewing Company’s parent company plans to merge with the New Orleans-based Faubourg Brewing Company, setting the stage for what the new company hopes will transform it into one …

Tate’s Hell 5K, Bay Fest return to St. James Bay Saturday
In a welcome respite from the flurry of this week's hurricane preparations, the Tate's Hell 5K and Bay Fest is alive and well and on schedule, as it provides a full day of outdoor adventure this …

County offices, schools to close Thursday, Friday
Beginning at 8 a.m. Wednesday, residents of St. George Island and Dog Island, Alligator Point and low lying areas of Franklin County will be advised that a voluntary evacuation will be in …

Fighting for our lives
With a rise in overdose deaths from opioids continuing to plague Franklin County, educators, law enforcement officials, health experts and substance abuse organizations have brought the fight home by …