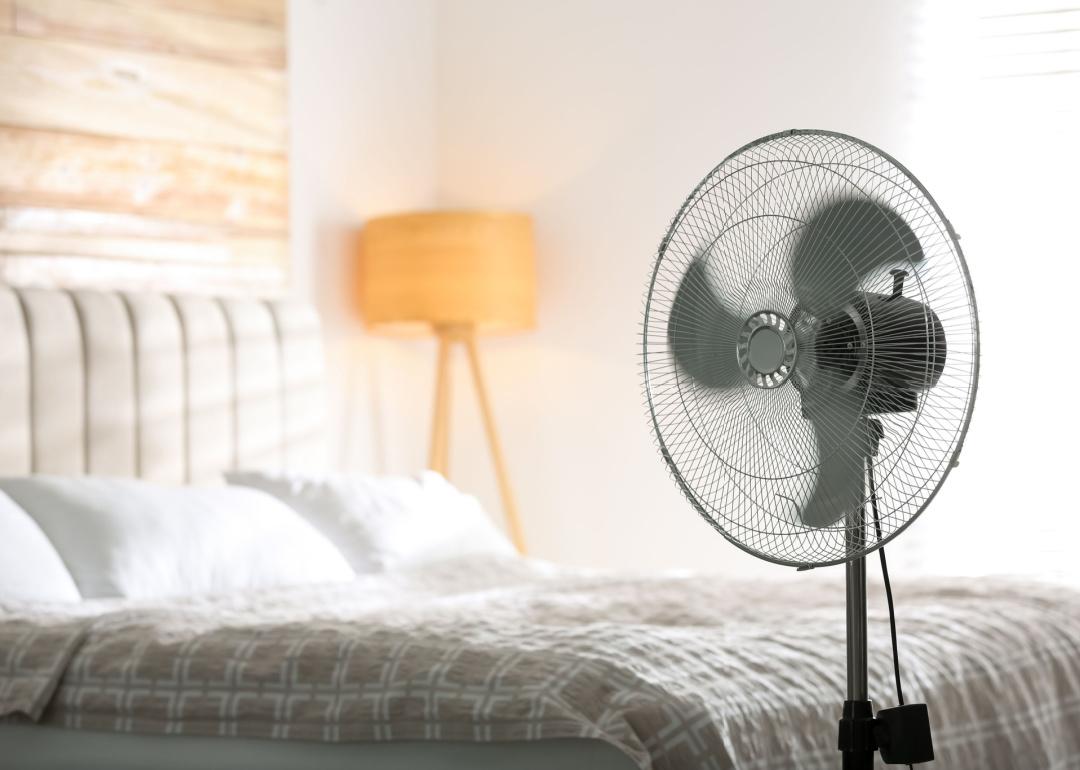 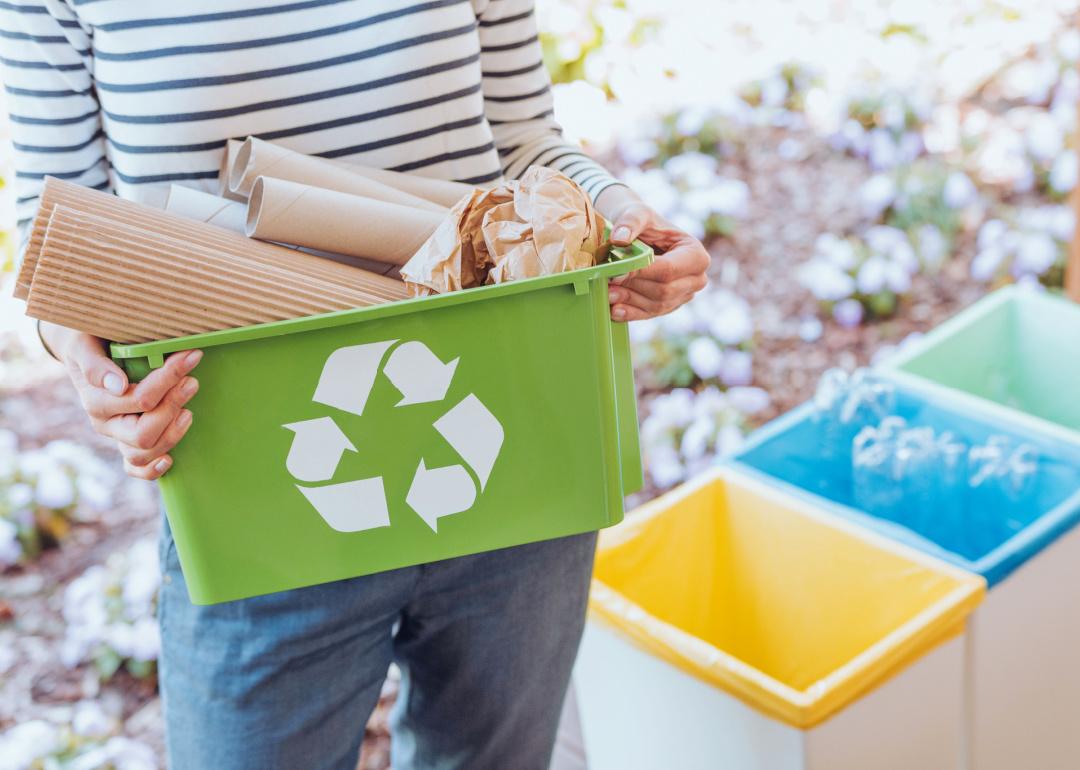 Since 1970, when the National Environmental Policy Act became law, the U.S. federal government has been required to consider the impact of its actions on the environment. With the enactment of this policy, a commitment was made to sustainability.

Change starts at home; and as the reality of climate change and its causes comes into focus, many people are making strides to affect change by adopting greener habits in their daily lives. To that end, The Rounds researched simple ways to make your home—and household habits—more sustainable.

The importance of protecting the planet through such efforts has only become more important over the past few decades. If global warming exceeds 1.5 degrees Celsius—or 2.7 degrees Fahrenheit—a number of potentially irreversible events become more likely. Ice sheets in Greenland and Antarctica could break apart, coral reefs could die, and permafrost could thaw—all of which would have significant impacts on the overall well-being of the planet.

With current projections of global warming raising temperatures by as much as 3 degrees Celsius (5.4 degrees Fahrenheit) by 2100, some governments around the world are taking action. In the United States, the Inflation Reduction Act was signed in August to reduce pollution, make transit cleaner, increase access to clean energy, and combat global warming. While federal programs will evolve from this legislation to help communities across the country, individuals can also take the necessary steps to promote sustainability and fight global warming.

Continue reading for five actions you can take at home that will make a difference for the environment.

Use water filters instead of buying bottled water 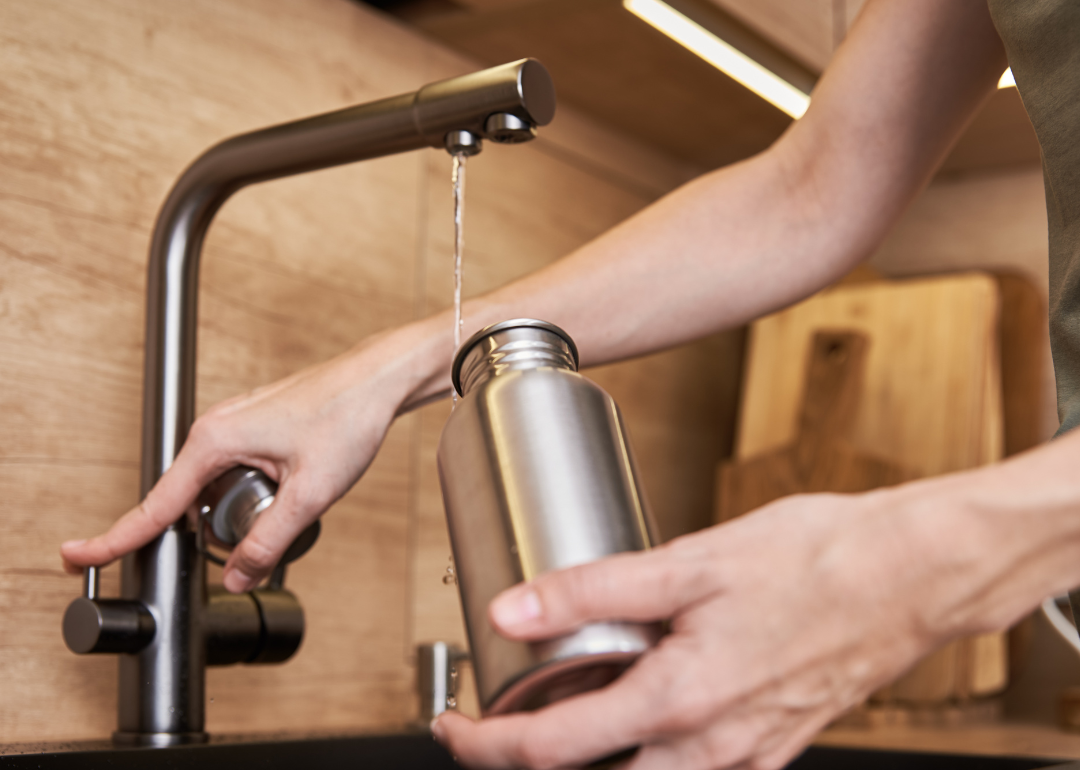 Roughly 1 million plastic bottles are bought each minute and 400 tons of plastic waste are produced annually, according to the United Nations Environment Programme. The manufacture and removal of single-use plastics, such as water bottles, create significant greenhouse gas emissions contributing to global warming. There are approximately 75 million to 200 million tons of plastic waste in the Earth's oceans right now.

And before you head out, don't forget to fill up a reusable aluminum thermos or bottle so you have water on the go. 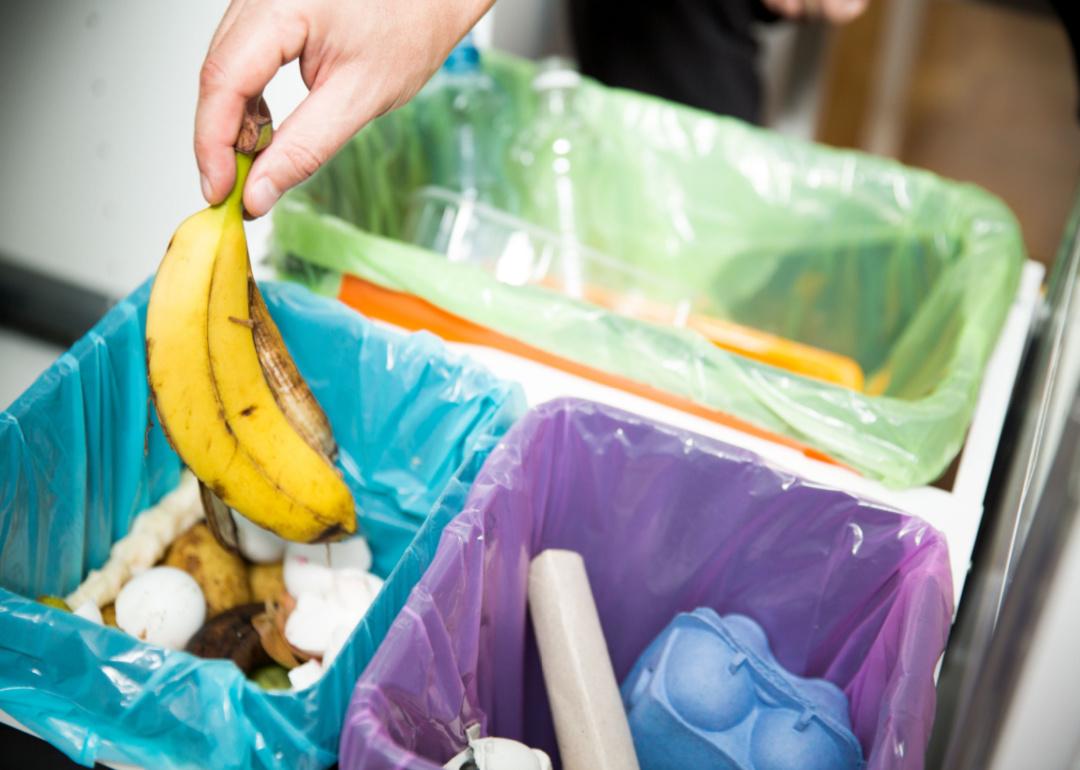 Recycling reduces waste and saves natural resources, prevents pollution, and conserves energy. Items accepted for recycling can vary across the United States, but common items include plastic bottles, aluminum and steel cans, glass containers, and newspapers. Important for proper recycling is to ensure mediums aren't mixed: Jars with peanut butter still in them, for example, can't be recycled; it's essential materials are all well-cleaned before ending up in the bin.

Food and yard scraps comprise nearly one-third of trash—a metric that can be all but eliminated by composting. Compost bins can be established indoors or out and provide essential benefits to the soil while decreasing greenhouse gas emissions and limiting what ends up in the waste stream. Be sure to keep animal products out of the bin so as to not attract pests and rodents. Examples of some items that can be included are: Fruits, veggies, coffee grounds, dried egg shells, leaves, grass clippings.

If you're living in a city and don't have room for your own compost bin, look for local compost collectors to pick up your scraps for a monthly fee.

Swap in LED lightbulbs instead of buying new CFLs 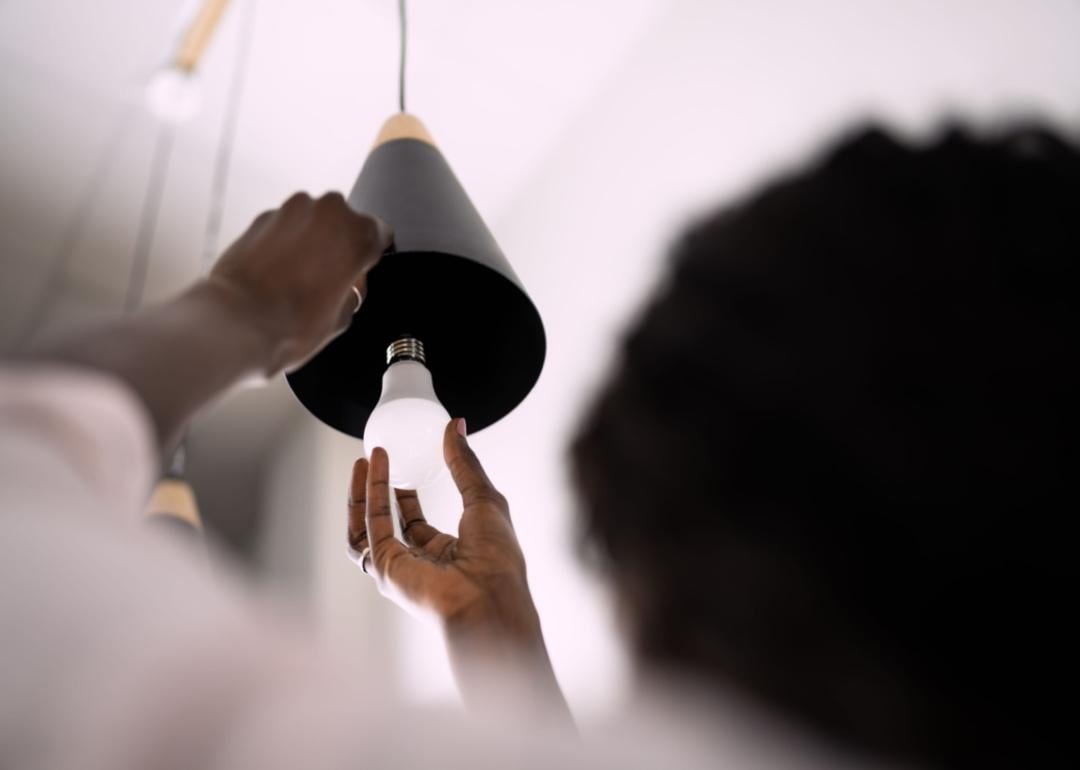 Lighting is responsible for 5% of greenhouse gas emissions and 15% of electricity use worldwide, according to the U.S. Department of Energy. Switching to LED lights—the highest-efficiency bulbs on the market—could cut U.S. electricity use in half, making this a simple way to increase sustainability in the home.

LED bulbs use an estimated 15% less energy than compact fluorescent light bulbs, and don't contain the dangerous mercury vapor found in the latter. Combine this with their higher efficiency and lower greenhouse gas emissions and it creates a greater cost savings for consumers.

The Department of Energy is moving the needle on this shift with new regulations related to light bulbs implemented in April 2022. 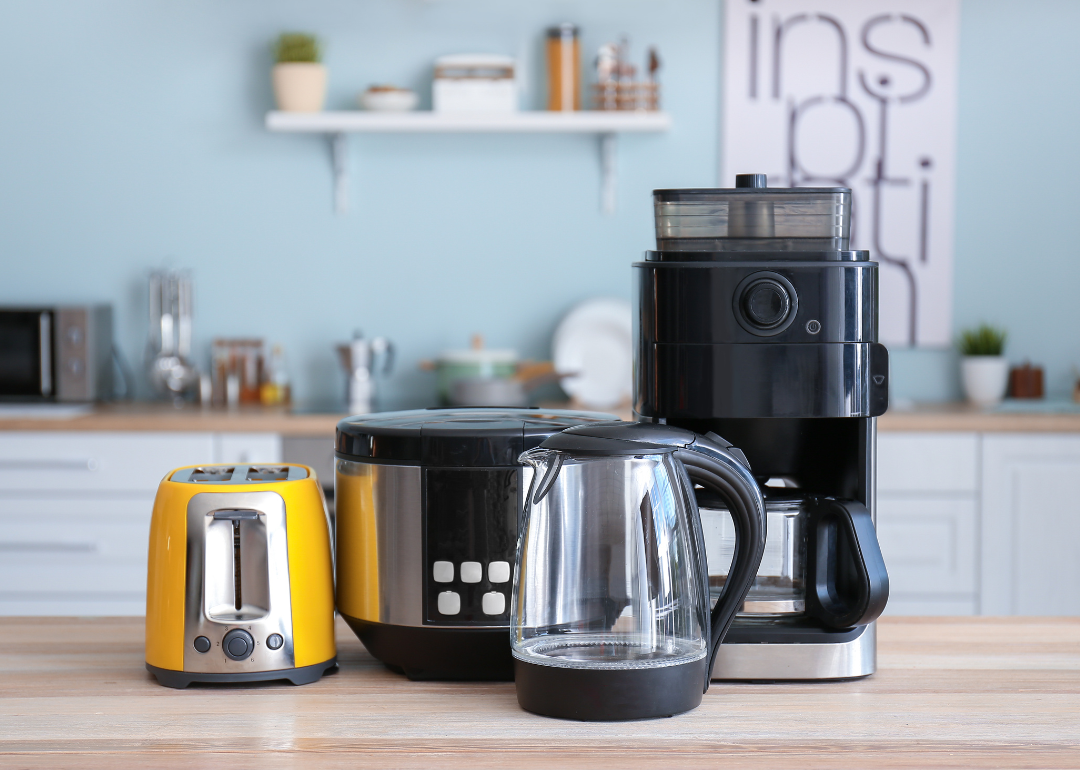 Buying parts and repairing broken appliances yourself, or having a professional do the repairs, may be a good option if repairs cost less than half of a new appliance or if the appliance is less than 10 years old. Consumer Reports even offers interactive online tools to help consumers make smart decisions about repairing appliances including refrigerators, dishwashers, and washing machines.

When the issue is more aesthetic than functional, upcycling is an option to increase the longevity of an appliance. For example, painting kitchen appliances a new color is much more environmentally friendly than discarding refrigerators and dishwashers that are in working order. And when it is time to finally say goodbye to a well-used appliance, the Environmental Protection Agency offers guidelines through its Responsible Appliance Disposal Program.

Let your fans do the work

Many varieties of fans are available for use in the home, including ceiling fans, window fans, and tower fans. Pro tip: When using ceiling fans in the summer, set the blades to spin counterclockwise to push air down and keep rooms cool.

This story originally appeared on The Rounds and was produced and distributed in partnership with Stacker Studio.